On the suggestion of a friend she told us to try Texas Roadhouse because I was craving some ribs.  She said that she had some great ribs at Texas Roadhouse.  My friends have praised Texas Roadhouse for awhile so we thought we should go out and try it.  I was there once before when it first opened and I don't think I got anything special that stood out so I think that's why I didn't think to go.  I gave it another try because every time I drive by it, it's always packed.  What is awesome is that you can do call ahead seating.  With 2 unpatient kids, that's an A+!

First time I went I had ribs and they were so huge I couldn't believe it.  I ordered a veggie and a loaded sweet potato!  Yum!  On our order was also Chicken Fried Steak which was huge and the kids got chicken tenders which were tasty bites for them.  They have the best bread, most people love their cinnamon honey butter but I don't so I just get regular butter.  I think I could just go there and eat bread, it's that good.  We ordered the "blooming onion" type appetizer and got cheesecake for dessert.  The blooming onion was good but greasy as it always is no matter where you get it.  The cheesecake was amazing!

The second time we went since our first experience was awesome, I got the grilled shrimp on skewers with rice, of course the loaded sweet potato and some baked beans.  The shrimp was awesome and flavorful!  Perfectly cooked.  The rice to me reminded me of jambalaya seasonings.  I love jambalaya so I was hooked.  This time steak was also ordered and it was cooked perfectly to order.  The kids of course got the chicken tenders again and also we had the Rattlesnake Bites that were so good.  I thought since it was jalapeno it may be a little too hot but they weren't.  The flavor and the peppers were there but they were also gooey and cheesy.  I was in love.  I love my cheese!  Before when we ate at another time they ran out of their brownie dessert, since we thought it sold out last time that we should get it because they praise.  To my disappointment it was horrible.  It didn't taste chocolaty or brownie type.  Had no chocolate flavor, it tasted like bland cake.  We did however also get cheesecake to go with the strawberry topping which was always awesome.  I managed to find out they get their cheesecakes from Tennessee Cheesecake which you can order online HERE.  It's amazing!

I am glad we went back because the food really is good.  Depending on what you get you can spend a range of money.  I think it's worth it.  The staff was really great to us every time and never had problems.

Here are some pictures of menu items we ordered.... 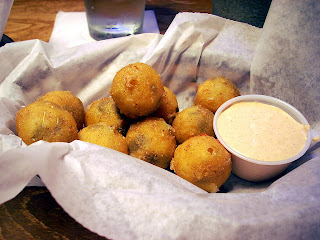 The perfect yeasty rolls with butter. 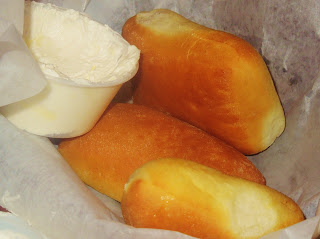 Johnny enjoyed munching on the bread! 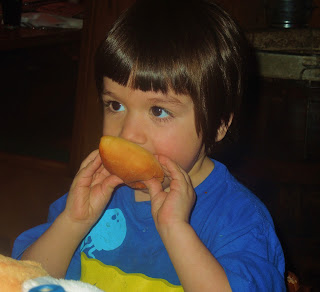 Ribs & Steak
(it was't served like this, it was arranged on the plate better) 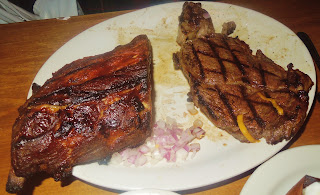 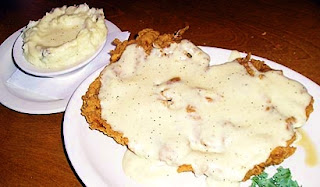 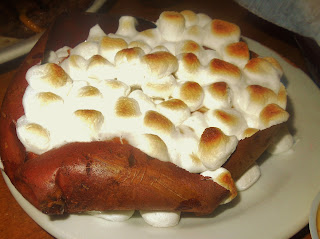 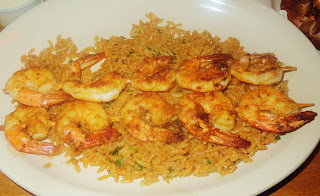 Sofia's picky Salad, only Romaine, Cheese and Ranch
They have a fully loaded salad that is awesome. 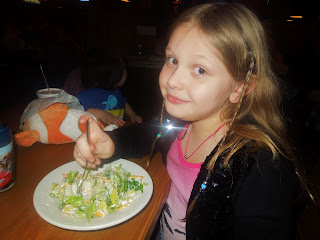 I will definitely go back to Texas Roadhouse, hopefully soon.  I have to be guilty of craving their shrimp and rice and bread.  Okay most of what we've had has been awesome.  A great overall experience.

Look for a location near you:
www.TexasRoadhouse.com


Have a great night,
Annamaria
Posted by Artbyasm at 1:45 AM

Email ThisBlogThis!Share to TwitterShare to FacebookShare to Pinterest
Labels: Best In Cleveland, Cleveland