Need A Recipe Idea? Check My Online Recipe Line Up! 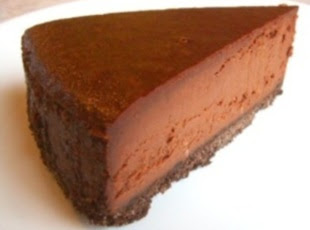 What a pic to start a blog huh? Well that is a cheesecake made by me, and you can make it too! Read on......

I have been working on a cookbook for sometime. So I am a little lagging on getting it done. I have always wanted to do one but honestly with having another child, it's taken me longer. If feel like I am now just able to get back into the game. Situating recipes, figuring out what recipes I want in it and how I am going to convince some of my Aunts for their secret recipes. Of course I am hounding my mom on her recipes. I can't say that even though how exact each ingredient I put down regarding her dishes, nothing can add her essence of love when she cooks. But we can only dream of coming close. So with her recipes, some of family secret recipes if they get revealed and many of my own that I have tried and put together. Also new recipes that I made and loved will also be added. My own family recipes if you will. In the meantime, I have been adding a lot of these recipes on a online recipe club. I have received a Blue Ribbon already and have been graced with a following who also love my recipes. I am truly blessed by these people who support me and give me encouragement to go on and cook and bake. So I am sharing the online recipe club that showcases my recipes and in the meantime you might just find some other recipes by other cooks in the club! What I love about this club is that they really get involved, there is a test kitchen who actually makes the recipes submitted and awards them with blue ribbons and one special one every week is the feature. My Fudge Truffle Cheesecake was featured and Blue Ribboned on October 19, 2010. Which may I add is my daughter's birthday and also my wedding anniversary. I have so far been hooked to the club and have met some very nice people. You can say it's like a family! So here I am sharing my recipes posted that I have tried and tested and most of my own creation but nonetheless have all been made many times myself.

Here is my line up of recipes, click here:
"Annamaria @ Just A Pinch Recipe Club".

Go and check it out! I bet you'll love it! You can also join for free!

A Special Thank You to the Test Kitchen at Just A Pinch and Food Editor Janet Tharpe for being so awesome!!!!

With Love & Happy Cooking,
Annamaria
Posted by Artbyasm at 5:05 AM